This is not a sponsored post.  It is simply something that happened in my family recently, and I thought it was worth sharing with all of you.

I usually write a What I Wore Wednesday post today and I am sorry that I don’t have one prepared for you.  But next week I will be back with a double WIWW post worth two weeks of outfits.

Over the span of two weeks, Miss 18 Year Old has had her graduation,  graduation activities, a graduation party, I have had a nasty sinus infection, Mr. 14 Year Old had his county track championship, I have had two 11 hours work days in a row, also, Our Swedish Daughter’s parents are coming this weekend and we are having a party for her.  Might I add that I have some major house cleaning to do before they arrive?  I created a 6 page master list of chores that need done.  We have not started on them yet.  I will let you know how it turns out!

So let’s talk about my reason for writing this post today; the cruise that my daughter won!  She recently went to see Lady Gaga in concert, and while there, she entered some contest to win a trip.  Well, lo and behold, on Monday, she received a voicemail saying that she won a 3 day cruise, including airfare, to the Bahamas!!  Of course, she was super excited.  And LC and I were too, at first.  But we also knew that we had to find out more information about this.  So we began researching.

Over a two day period, both LC and I called the 1-800 number they had left in the voicemail message.  We were told that this was a 4 day, 3 night cruise to The Bahamas through either Royal Carribean, Carnival, or Norwegian.  And that it included airfare, but he did not mention the name of the airline.  He also did not mention the name of the company who was giving away this “free trip”.  The trip needed to be booked within 60 days, and it was to take place some time during the next year.  There were black out dates that you could not book, which were all major holidays.  He said in order to receive the trip we would have to sit through a one hour presentation in Monroeville, PA.  Just so you know, this is 2 hours away from where we live.  We were told that during this presentation, no one would be trying to sell us anything, that it was just a sales pitch about the travel agency, and that they were giving away these free trips in hopes that we would book more trips through this agency in the future.  They said at the end of the one hour presentation, we would receive two vouchers for the cruise, two for the air fare, and two Pittsburgh Pirates baseball tickets.

During discussion about the presentation, I was told that I had to bring my husband with me, not my daughter.  I could not come alone.  My daughter could not come because she was under 21.  I was told that I could use the vouchers to take my daughter on the vacation, but that it had to be my husband who attended the presentation with me.  That sounded fishy to me.  When inquiring about when these presentations were to be held, we were told they would be held each evening this week and on this coming Saturday.  When I tried to explain that both this week and this weekend were not a good time for us to be making a 2 hour trip, I was told that either I came this week, or they would give the trip to someone else.  When I said that I needed to discuss this with my husband, they tried to pressure me to book the presentation right then, and kind of questioned why I needed to ask him.  Well, I am not going to commit myself and LC to drive 2 hours to this presentation and back without clearing it with him first.  Isn’t that a given?   Finally, they agreed to give me 15 minutes to call and talk to my husband, and they called me back 15 minutes later on the dot.  Although it was very bad timing for us, we went ahead and booked an appointment with them for a presentation on Saturday morning.  At that point he told me that he was sending me an email with all of the particulars.  Looking back now, if it were really a free trip that we won, why would it matter when we could get there?

After receiving the email, we found out that the name of the travel agency is Sundance Vacations.  The first thing we did was to Google them, and immediately began finding sketchy reports.  There is even a Facebook page titled Boycott Sundance Vacations.  I read much of what that page said, and then moved on to Yelp. On Yelp, I read several different reviews.  Some were bad, some not so bad, none great. 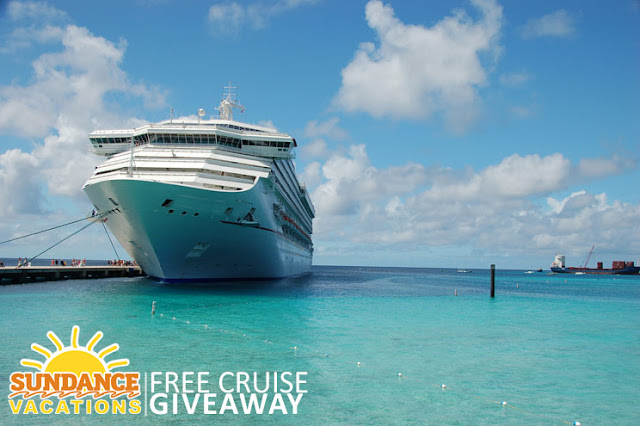 Apparently, this is what Sundance Vacations does.  They give away trips to get people in to listen to a sales pitch about purchasing packages of vacation weeks.  They claim it is not a time share, but it sure reads like one to me.  Apparently, after you do make it through this sales pitch, and tell them no various times, you will get the vouchers mentioned for your cruise and air fare.  I have read quite a few reviews from people who actually took the cruise they “won”.  And by no means was it free.  The Port and tax fees ended up being around $500 for two people.  And I had a problem with the airline.  I found out the name of the airline they use is called Spirit.  Now, here is the problem I have with Spirit airlines.  They do not fly into any major international airports.  This cruise leaves out of Miami, but Spirit does not fly into Miami.  They do, however, fly into Ft. Lauderdale.  So what people had to do was fly into Ft. Lauderdale and rent a car and drive to Miami.  Plus, some reported that the flights are usually booked to arrive the night before, so you have to pay the expense of a hotel for that night.  That does not sound like something I would want to do, especially not if it is just myself and my daughter, trying to drive to Miami, no thanks!  Also, apparently spirit charges for all baggage, even carry on.  According to what I read, that typically costs $100 for  baggage.

I also read two different reviews where the room was on the lower most deck of the ship and the beds were twin sized bunk beds.  According to the reviews I read, it looks to me like most who have actually went on this free trip have paid at least $1,000 out of their own pocket.  Another thing I read in the various reviews was that they were also told that they could transfer the vouchers to whomever they wanted, but when they tried to do so they were unable to.

Hmm, that does not sound like my daughter won a cruise to me.  What do you think?  I am not saying this is a scam, but I am saying that if I have to pay that much out of my own pocket, that does not sound like a prize to me.  We ultimately decided not to go to this presentation.  The one thing that was the clencher for me was the airline not flying directly into Miami.  Knowing that I would have been going on this trip with my daughter, I knew that was something I would not be willing to do.  So, it did not seem worth it to me to spend my time driving all the way there and back.  I am not going to claim that this is a scam, but I will say that after doing my research about Sundance Vacations and the trips they claim to give away, I certainly did not feel like we had won any prize.  If you win something, in my opinion it should be FREE!

What do you think?  Is this a scam or not?  Have you ever won a free trip?  Have you ever dealt with Sundance Vacations?  I would love to read about your experience in the comments.