This shop has been compensated by Collective Bias, Inc. and its advertiser. All opinions are mine alone. #1stImpressionsCount #CollectiveBias 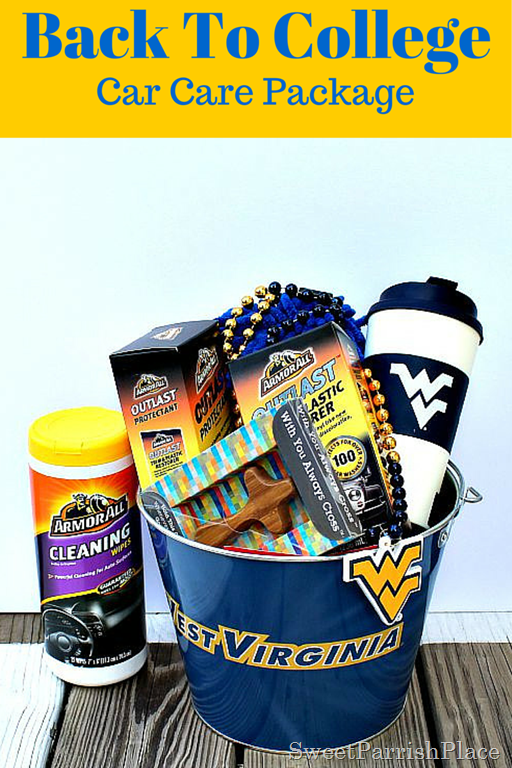 Last year was my daughter’s freshman year of college.  Overall she had a pretty great year.  But there is something about her freshman year of college that you may not know.  In October of 2014, she totaled her car on her way to work.  It actually was not a horrible wreck, but it did just enough damage that because it was an older car and the airbags deployed, it was totaled.  So, in November, we got her another new to her car.  It is a 2009 Honda Accord.  In February of 2015, she was on her way home to watch Mr. 15 Year Old play in a basketball game.  The game was just starting, and we were wondering why she was late, and just then we got the call.  She was in a horrible accident!  She was on I-79, it was raining, and she hydroplaned.  Scary, but miraculous at the same time.
I truly believe that God saved her and her boyfriend that night.  She was on a busy interstate, and for the entire time that the wreck was occurring, no other cars were anywhere near them.  She lost control of her car, the airbags deployed, and she came to a stop facing the opposite way on the interstate.  Since the airbags had deployed, they were disoriented, and they thought the car was going to blow up, so they were scurrying to exit the vehicle.  Her boyfriend fell and was lying in the middle of the busy interstate!  Glory be to God that they were unharmed except for a few scratches and bruises.  But her car?  Not so much.    It probably would have been totaled, and we made the difficult decision not to turn it in to the insurance.  Because she had already totaled a car not 6 months prior, and we could not take the risk of our insurance being cancelled.  So we brought the car home, and started saving money to have it fixed.  She went for the remainder of school year with no car.
School is starting again for her on Monday.  As a matter of fact, we got her car fixed just in the nick of time for her to take it back to school with her.  After being without a car for 6 long months, she is ecstatic to finally have it back!  Since she already had everything she needed to move into her apartment, I decided to make her a car care package to take with her to school.  I thought it was an appropriate gift, don’t you think?  Kids don’t normally have what they need to keep their cars clean during school, so I love this idea!  Stick around and I will show you how you can make one too!  The star of the show for her car care package is these awesome Armor All products.  This gives her everything she needs to keep her car nice and clean on the inside, and even something extra to spiff up the outside as well. 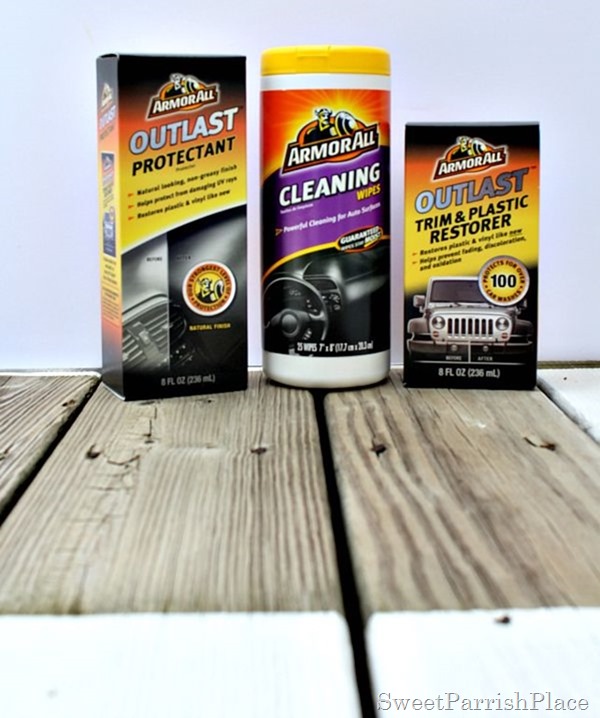 Not only did I give her some awesome Armor All products to use, but I gave her everything she needs to make her car a comfortable place.  I jammed packed this car care package with everything she could possibly need to have in her car for a busy student who also has a job.  Some snacks to keep in the car, a travel coffee mug so she can take her cup of Joe with her, and even some car coasters, also a big sponge that she can use to wash her car, a first aid kit, little on the go toothbrushes, breath spray, deodorant, and hand sanitizer to freshen up on busy days when she hasn’t been home for several hours, air freshener, USB port, a handy little container that attaches to her vent that she can keep some of these items in.  I even got her some cute WVU beads that she can hang from her mirror to show her school spirit. 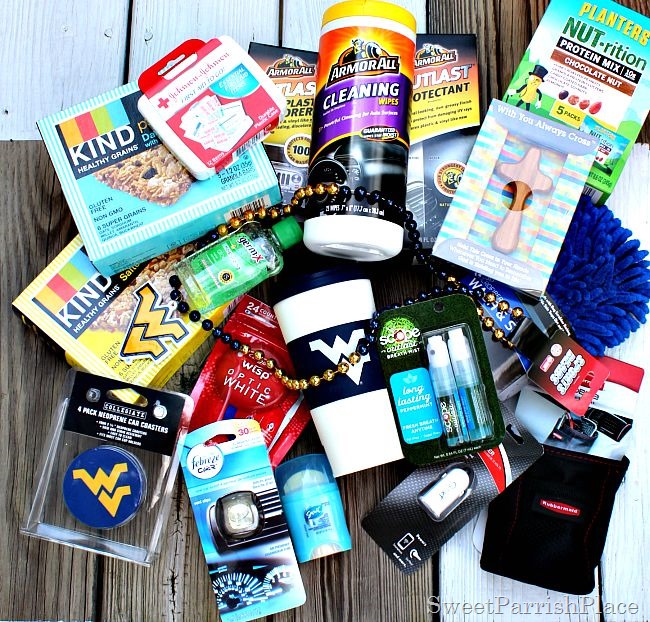 I decided to make her car care package have a WVU theme.  It seemed to be perfect because it is for her to go back to college with.  I found this cute WVU bucket that would serve as a container to hold all of the loot. 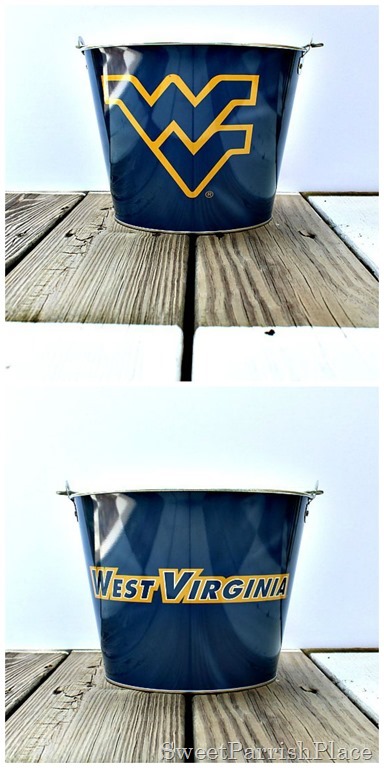 I bought individually wrapped snacks that are healthy and will give her a little pick me up when she needs it. 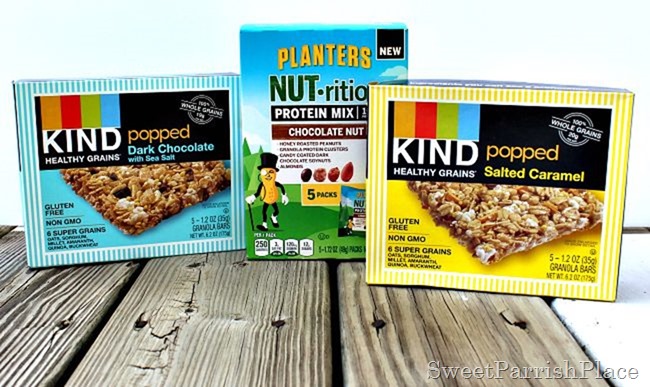 I ended up taking the snacks out of the box so that I could add them to the bottom of the basket as filler.  I did keep the boxes though so that she could put them back in the boxes later. 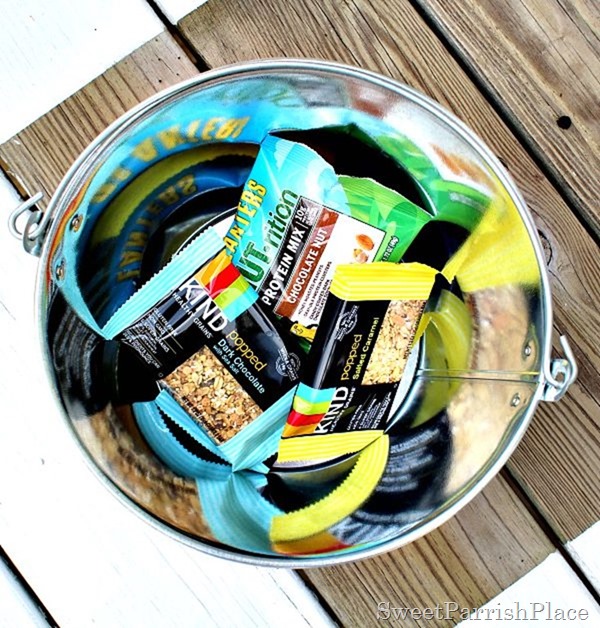 In light of the fact that she had not one but two scary accidents last year, and the fact that she told me God told her during the second accident that it was not her time to go, I thought this cross was perfect to add to the package.  On the box it says “hold this cross in your hands whenever you need to remember God is holding you in his.  I thought this was the perfect thing for her to keep with her in her car. 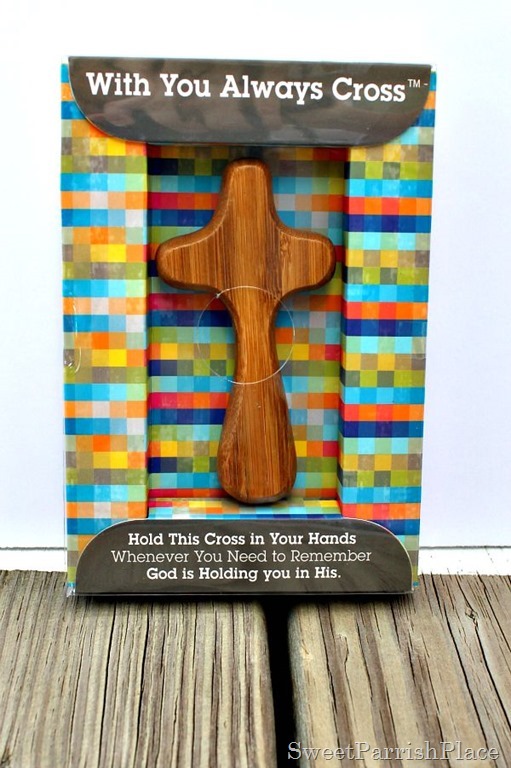 Can you believe I fit all of that stuff into this bucket?  Well, the Armor All cleaning wipes wouldn’t fit, so I just sat them next to the bucket.  And she loved it! 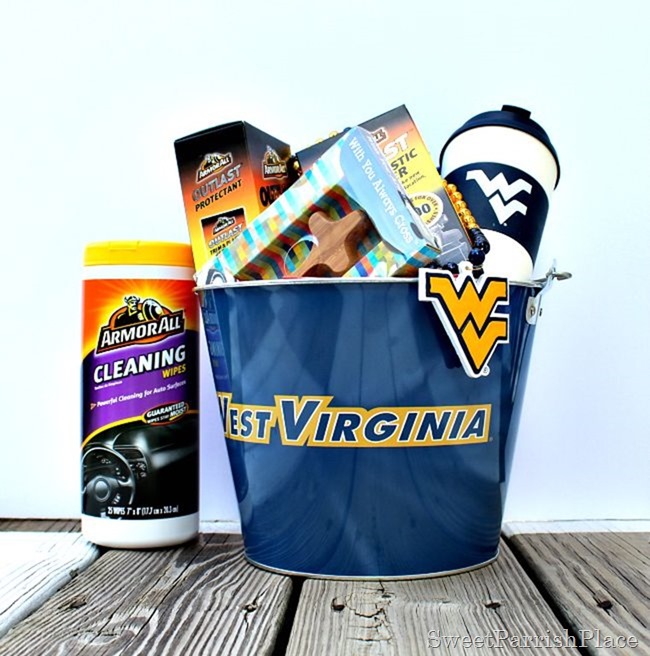 She was so excited to open it all up and see what was in the bucket!  I hope she will be inspired to keep her car clean this year.  After all, she now knows what it is like to be without one for a significant amount of time.  So she really appreciates the freedom driving can give you.  And not having to take a taxi to the grocery store. It was so fun for me to give her this car care package, I shopped the aisles at Walmart for two hours trying to pick the perfect things to include!

Would you like to enter for a chance to win $3000 in Walmart Gift Cards?  Find out how here: 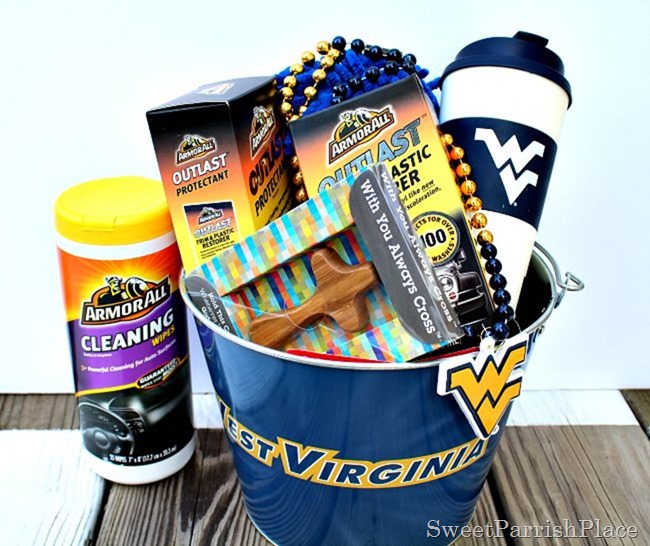 Do you have a busy high school or college student who is driving?  Does your teenage have a dirty, smelly car?  Armor All Can help! This may just be the perfect gift for them too!  You can get a coupon for $2.50 off of an Armor All product by clicking here.  The coupon is starting on 8/7, while supplies last, featuring $2.50 off on any of these 4 products: Armor All® Outlast Trim & Plastic Restorer, Armor All® Outlast Tire Glaze, Armor All® Outlast Leather Restorer, and/or Armor All® Outlast Protectant. Have fun putting it all together, I know I did!
Do you have champagne taste and a tiny budget like me?  Love fashion, DIY, crafting, all things vintage and thrifty?  Stick with me, I’ve got you covered!
Sign up to get my posts delivered to your inbox here
Follow me here:
Facebook / Twitter / Instagram / Pinterest / Bloglovin / Google + / Stumbleupon