Many of you probably know that my family hosted a foreign exchange student during the 2013-14 school year.  She was with us for 10 months, and recently returned to her home country.  I thought I would share a little about our experience today.  This is not a sponsored post. I apologize in advance for these first two pictures.  They were bad iPhone Pictures taken in poor lighting, but they are all we have of her arrival. 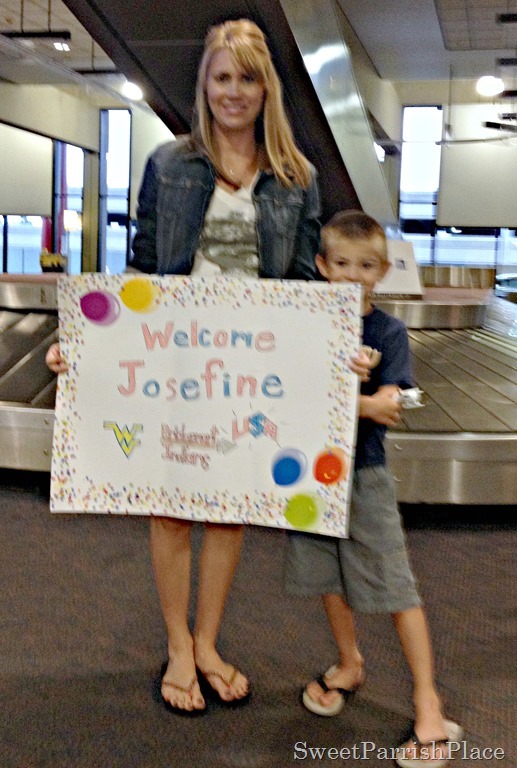 This is part two of our story.  You can read part one here.  I left off right after she arrived.  When we agreed to host an exchange student, we were to be her arrival family.  An arrival family usually keeps a student for 6 weeks, and then they move to a different family for the remainder of the school year. 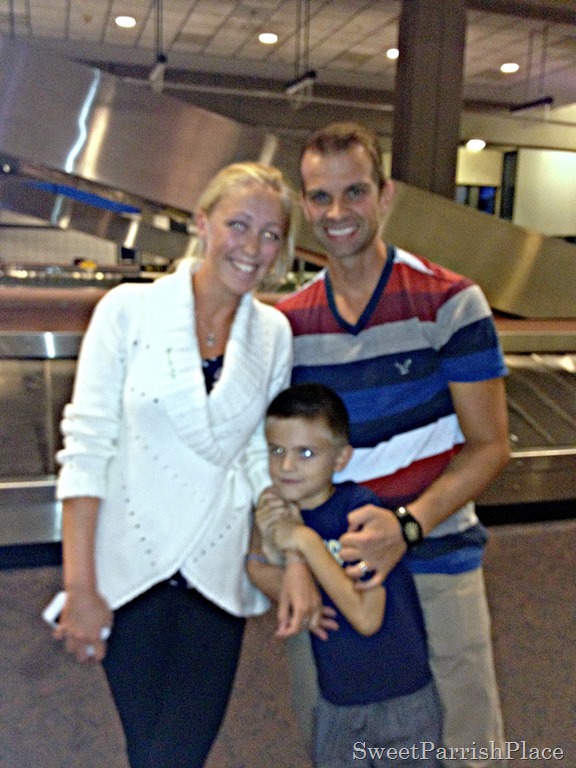 For a couple of weeks after her arrival, she was really jet lagged and exhausted.  She started soccer practice for our high school soccer team a couple of days after her arrival, and she also started school.  When she wasn’t at practice or school, she mostly stayed in her bedroom.  She said that being engulfed in the English language was exhausting for her.  She had been learning English for 9 years, but actually being in America surrounded by the English language every day all day is a lot different than speaking and learning English.  She had to try to translate every word people were saying from English into Swedish, and then translate every word that came out of her mouth from Swedish to English.  She said all of her thoughts were in Swedish.  And that her goal was to start thinking in English.  This was the first day of school. 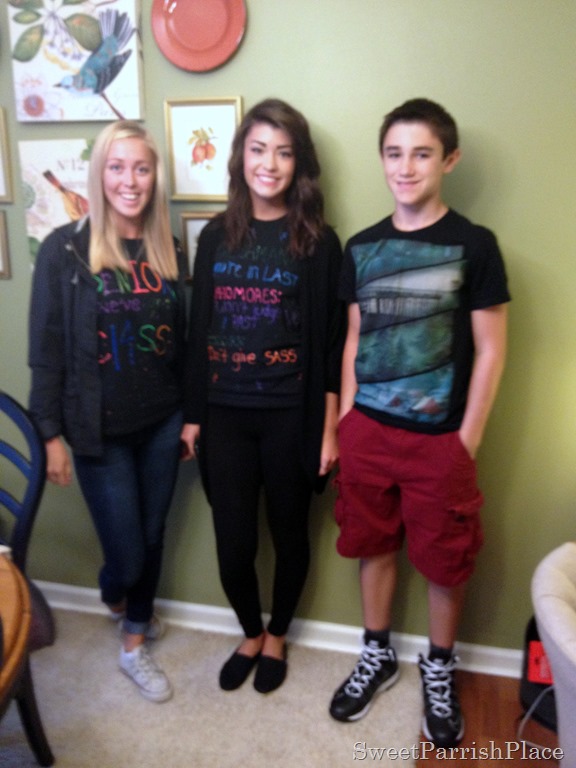 Her soccer team were very inviting and accepting of her.  I was so glad for that!  It was really hot here compared to Sweden, and she had a difficult time adjusting to practicing in the warm temperatures.  She also said that the game of soccer was much different here than it was in Sweden.  Many more strict rules and less physical contact.  She is the girl in red and white with blonde hair in this picture. 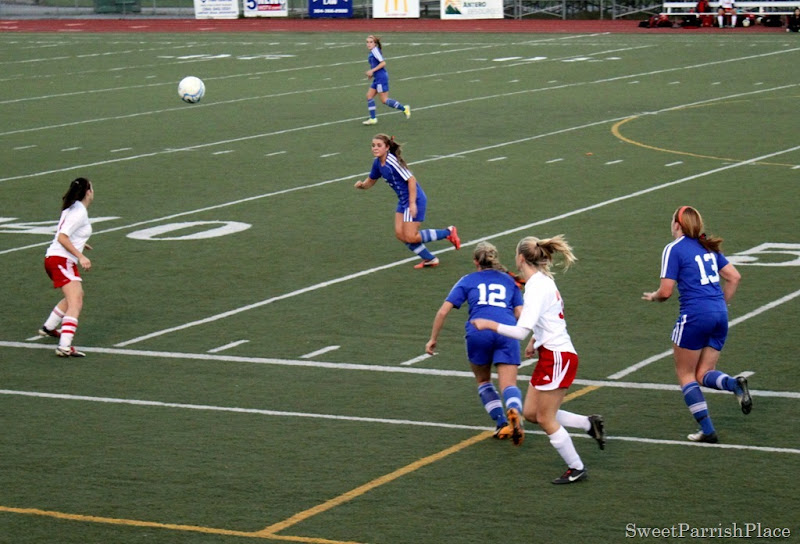 High School football is huge in our town, so going to her first football game was very exciting for her.  And soccer season was underway.  She was on the starting team for most of the games, and I became a soccer mom for the first time.  I will never forget the evening that I was sitting at one of her soccer games watching her play, and I realized how much I loved her!  It just hit me like a ton of bricks.  I knew that I was in for a heartbreak one way or another.  This is her with some friends at a football game. 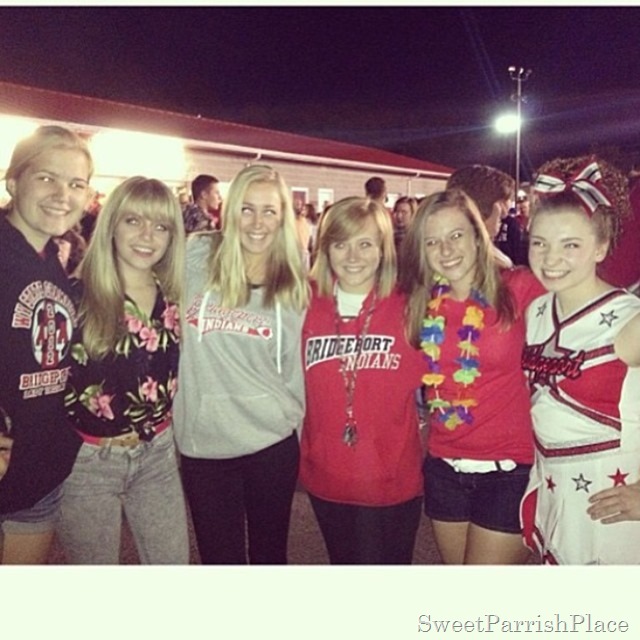 What was it about her that I loved so much?  Well, let me tell you.  She fit in so perfectly with our family, that it felt like a match made in heaven.  She had such an easygoing personality, she was so friendly, so cooperative, so willing to go with the flow.  She was one of the most genuine teenage girls that I have ever known. And I hate to say this, but it is a quality that many American teenage girls are seriously lacking nowadays.  I always felt that the American girls could really learn a lot from her example.  And she and I would sit and talk a lot.  I loved every conversation with her.  I had so many questions for her about Sweden, and I ate up everything she was teaching me.  She got along with our three children swimmingly.  And Mr. 6 Year old just loved her.  For the first couple of weeks after she got here, he was a little obsessed with her.  He wouldn’t leave her alone!  I think that is normal for a small child.  I feared that he was annoying her, but once he got used to her, it was OK.

I knew in my heart that she was supposed to stay with us for the entire 10 months, but how was I going to convince LC?  I knew I had to find a way.  There were a couple of obstacles.  Number one, she was sleeping in my daughter’s bedroom, and my daughter was sleeping on the sofa in the downstairs family room.  I talked to my daughter about it, and she said that she couldn’t keep living that way for the entire school year- her senior year.  Plus, LC was concerned about whether we could afford to keep her.  I started brainstorming a way to keep her.

I was talking to a coworker about the situation one day, and she gave me the perfect solution!  She said that we could move some of our furniture out of our family room and store it in an empty apartment that she and her husband owned.  I was so grateful to her for making that offer that really pretty much changed the course of our lives.  So now, all we needed was a bed for her.  And, I still had to convince LC that we could afford to keep her.  He was skeptical.  But he could see how much I wanted her to stay, so he agreed that if our utilities didn’t go up too much after the first month, and we could find a bed for free, she could stay.  And my daughter was Ok with her staying if we could move her into the family room.  This is the room that became her bedroom. 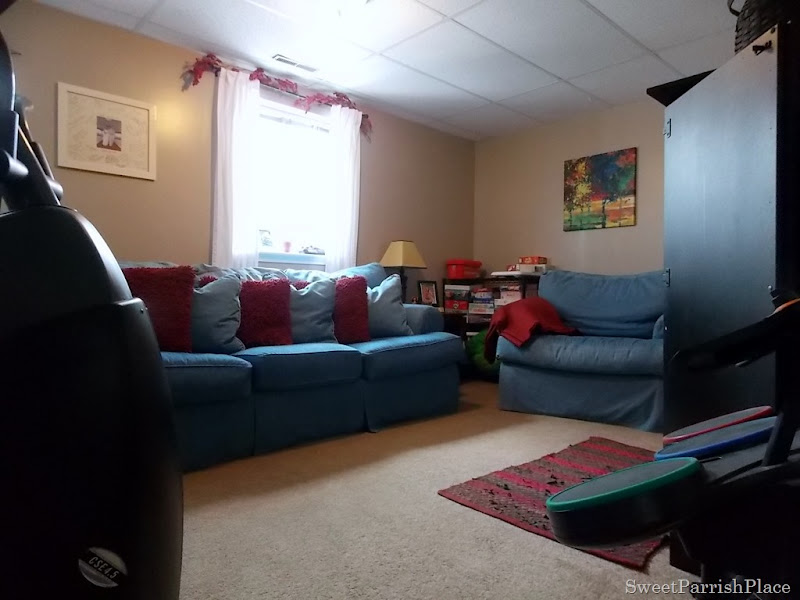 My daughter’s boyfriend offered to loan us a bed that his family was not using, and it ended up working out for her to stay.  I was over the moon!  And when we told her, she was so happy!  So in early October, we put a chair and one end table in storage and moved in a bed for her.  It worked out perfectly, because she had a TV, a bed, and a sofa in her room, and she loved the set up.

Her first semester was in full swing.  She was playing soccer, doing great in school, going to football games, and she even made a friend who she hung out with sometimes on the weekends.  She was asked to the homecoming and she bought a gorgeous dress to wear.  At school, they held an assembly before the homecoming game, and she loved it!  She said it was just like something from the movies!  She dressed up for Halloween and went to a costume dance at school. 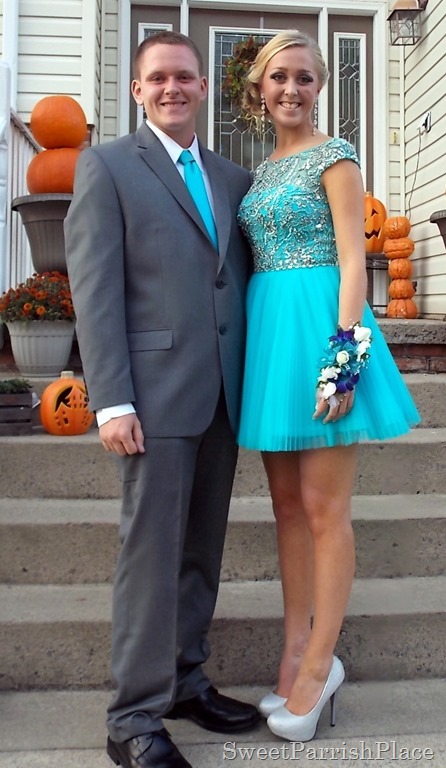 Her soccer team had a great season, and ended up making it to the state tournament, where they made it all the way to the championship game!  They ended up losing the game, which was sad and disappointing, but it was such a great experience for her! 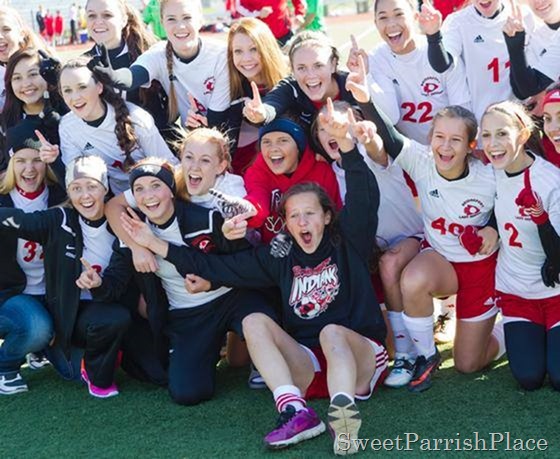 We hosted Thanksgiving dinner at our home, and she really loved her first Thanksgiving.  At Christmas time, her family sent her lots of gifts, and we had a wonderful Christmas.  Some of the things we did during her first semester were to take her to a West Virginia University Football game, we made a couple of trips to Pittsburgh to go shopping, and she bought lots of clothes during that first semester.  She said clothes were so much cheaper here!  In Sweden there is a 25% tax on clothing.  We spent a day at Coopers Rock State Park in the fall, and she thought it was so beautiful.  she couldn’t believe we lived so close to such a beautiful place.  We went ice skating, we took her to church, and LC’s family had a big fall barbecue in her honor.  We carved Pumpkins too, which was a first time for her.  She also travelled to Charleston (WV capital) with friends to watch the cheerleaders compete in the state tournament.  The picture below is her decorating gingerbread cookies.  The dough and cookie cutters were sent from Sweden. 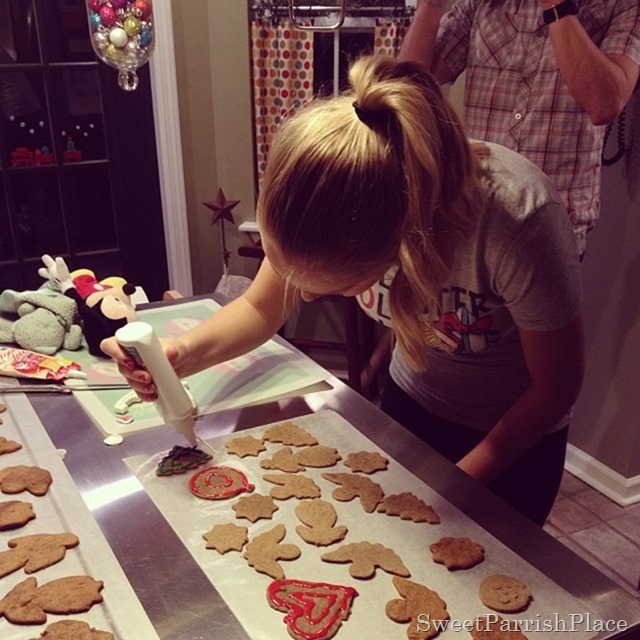 I think this is a good place to stop for now.  I will write a third part to our story and tell you all about her second semester soon!  Has your family ever hosted an exchange student?  If so, what was your experience like?  If you have questions in particular that you would like to ask me about hosting an exchange student feel free to ask me in the comments, and I will be sure to reply.The exchange program we used was called Youth for Understanding.