I have a really good addition to my trashtastic Tuesday series for you today.  New canisters!  I had grown tired of the ones I had and had been thinking I would like a set of glass ones with chalkboard lids.  But I had not been shopping for new ones.  And then one day I was in Goodwill, and Bam!  There they were!  There is a bit of a story with these but first I will show you the finished product!

So when I found these they also had an old broken down wooden holder for them, and there were tags on each one of them that said $4.99.  I thought to myself that $15 was way too much, but I put them in the buggy in hopes of talking them down, because I wanted them really bad.  I left the wooden holder on the shelf, I didn’t like it and it was coming apart.  So when I get to the register and try talking them down they tell me, no the $4.99 was the price for all three!  Sold!  Here is what they looked like when I brought them home.

As you can see I taped off the rubber seal with tape, and then I just sprayed them lightly with about 4 coats of chalkboard paint that I already had on hand. 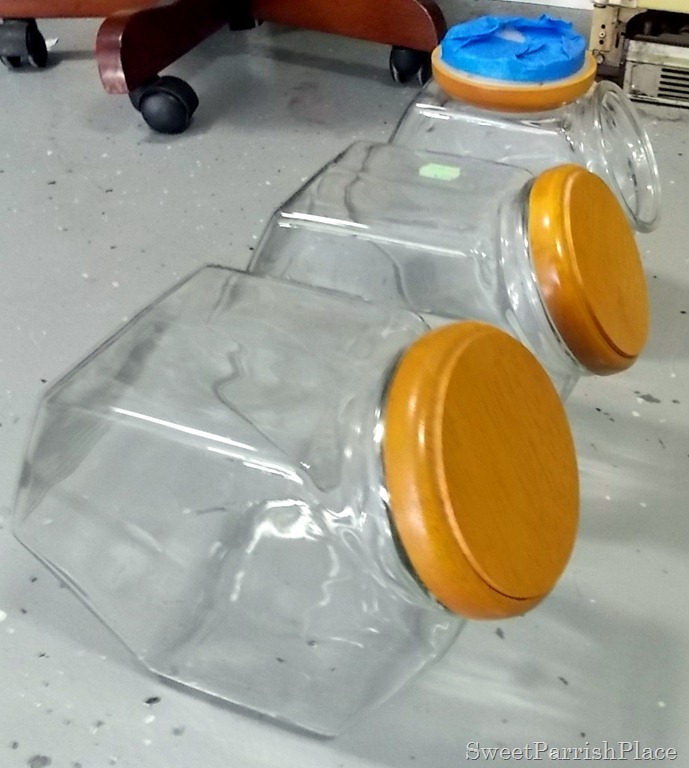 I love the way they turned out!  BT dubs, obviously I am no pro at writing with chalk.  I need to get a chalkboard marker for these.  I have heard it doesn’t come off as easily.  I also need to have my daughter write on them.  She is artsy fartsy.

See the plate?  I made that!  I plan to talk more about it,  maybe tomorrow? 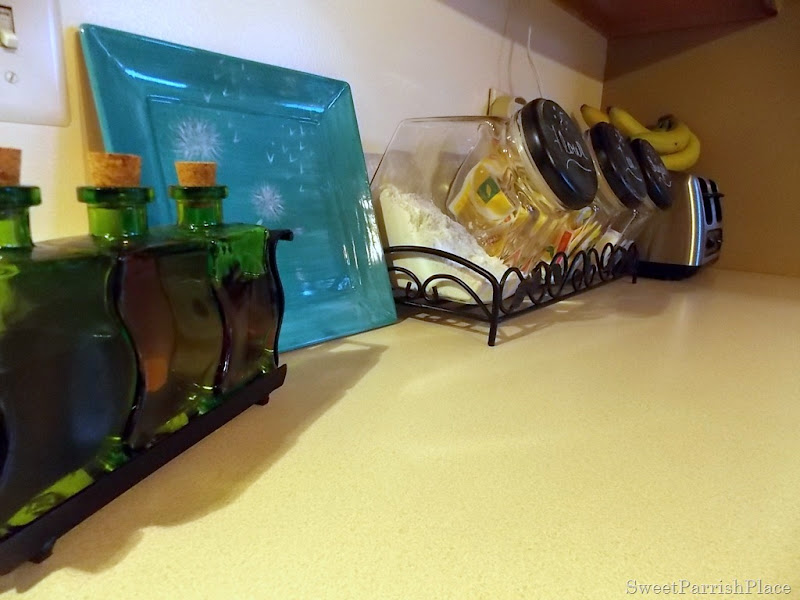 The wrought iron rack they are sitting in is from my previous canisters.  You can see them here, in my kitchen cabinet reveal post.  I decided to keep the rack for now, even though they do not fit perfectly, I think they look fine in there.  I also kept the canisters to use in my pantry, although I have not incorporated them yet.  Right now they are sitting in a corner on the kitchen floor. 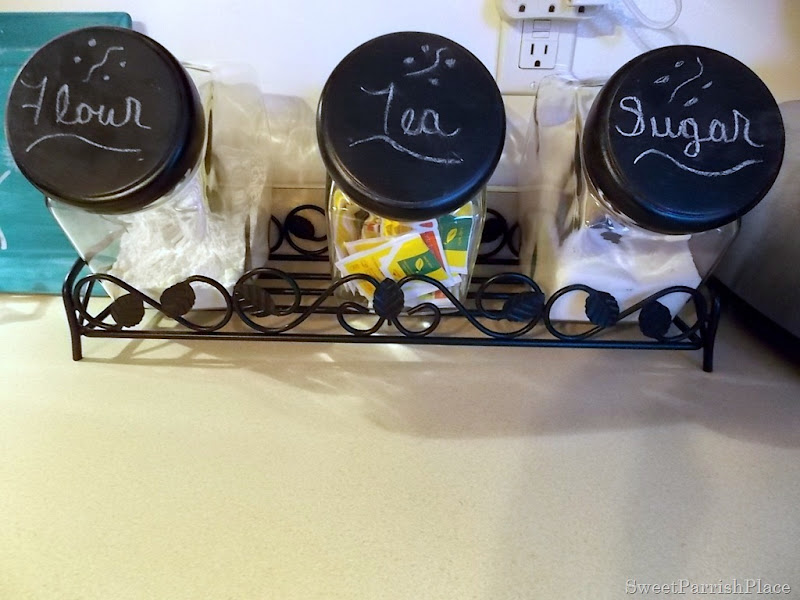 I love the way these turned out, and I feel like they brighten up my kitchen.  They are much more neutral, which I like because there is a lot of color going on in here.  I think I am going to add more touches of white in my kitchen as time goes on.  For some reason I am craving that color in there.  I already added some EAT letters that I painted white.  I think I might embellish them a bit though, and I have a mirror that I think I am going to paint the frame white too.  The other great thing about these canisters is that they can be very versatile and I can use them for many different things if I am tired of them in their current role.  I am guessing these will stay with me for years to come.  Not bad for $5 smackaroos, eh?

On another note, I have to mention that my son’s 11-12 year old Jerry West basketball team won the championship over the weekend!  They finished the season with only 1 loss, ranked #1, and were a favorite to win the championship.  Then in their very first tournament game, they got blown out of the water, which put them in the losers bracket.  Which meant that if they lost again, they were out, and if they made it to the championship game, they had to beat the team they were playing twice in order to win.  An they pulled the whole thing off!  I could not be more proud of this whole group of boys!  I just had to throw in a picture of his team!  (My son is second from the left in the first row, in case you were wondering.)

Way to go Ryno’s, you rock!
I am linking up here:Get your DIY On

Memories By The Mile

Beyond The Picket Fence 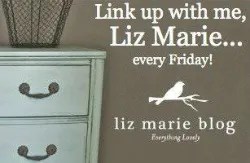