Welcome to Trashtastic Tuesday!  Wow, I just realized that I have not written a Trashtastic Tuesday post since December 17th!  I didn’t deliberately crap out on this series, but the Holidays just got away from me.  The good thing about it is that no one is on my back forcing me to write this post, so it is pretty much up to me.  Is there anyone out there who even missed it?

So, for my first Trashtastic Tuesday project of 2014, I DIY’d this tray that I bought at Goodwill.  I hate to disappoint, but I thought I took a picture of the before version, and now I can’t find it.  If I ever do find it, I will update this post.  But just let me suffice by saying it was ugly.  MMMkay?  I decided to use some craft paint to paint it this spring green color.  I did this during a stretch of snow days, and I guess maybe I was longing for green grass?  I really had nothing in mind for this project, so I just made it up as I went. 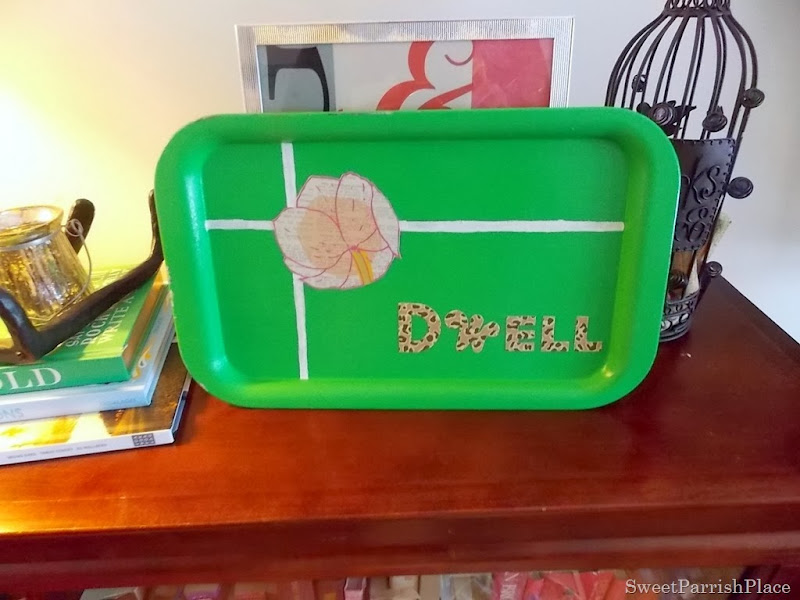 Next, I painted the two white stripes on.  I thought it looked kind of naked, so I used some scrapbook paper I had to cut out some letters, and I spelled the word dwell. I liked the touch of the leopard print on the spring green. 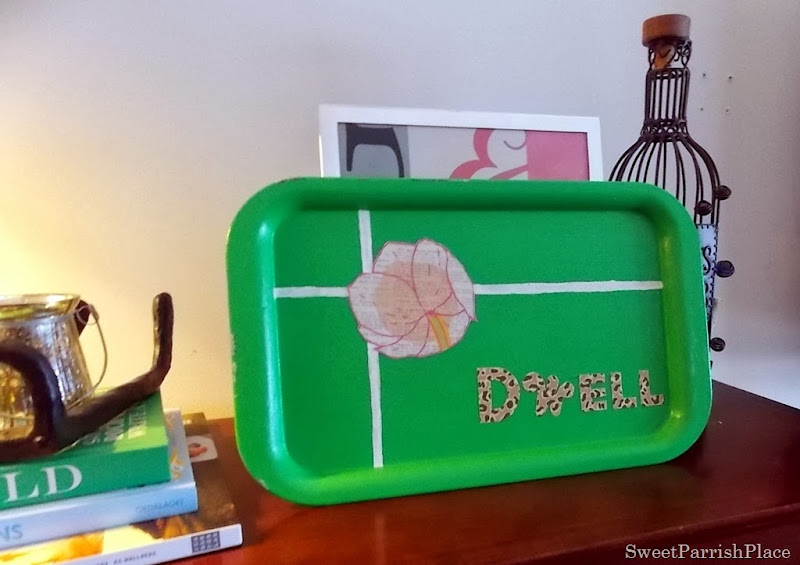 Then I still thought it was missing something so I cut out this flower from the same book of scrapbook paper.  I used Modge Podge to adhere the letters and flower. Then I gave the whole tray one coat of Modge Podge. 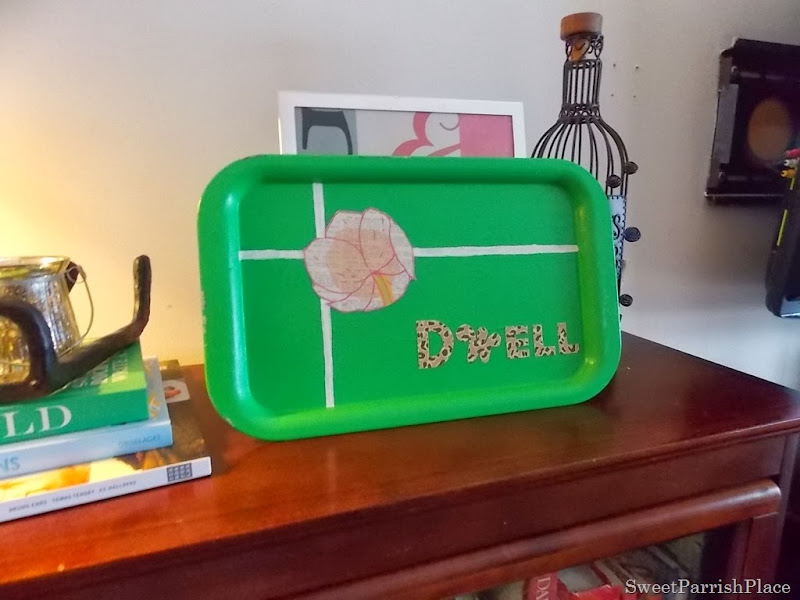 It’s not perfect.  It’s not my favorite thing I have ever done.  But I do think it adds a certain amount of kitsch and whimsy.  So, I decided to keep it for now.  I put it on my TV console to chorale a few things.  Look at those darling kids in the picture!

The only part of the tray you can really see when you are sitting in the living room is the pop of spring green it provides.  And I am cool with that.  My TV console table has seen better days people.  Mr. 6 Year Old will not stay away from it.  I clean it, and 5 minutes later there are little finger prints all over it.  He stands there to watch TV, and more often than not, he plays with his little trains and toys on it too.  I have even caught him sitting up there many times!  Poor thing might go blind.  We plan to raise the TV up on the wall a couple of feet, and I am hoping to find a great table at a yard sale or thrift shop that I can replace this with.  Then I will move this one down to our family room to replace the huge TV cabinet that is taking up way too much space in that room. 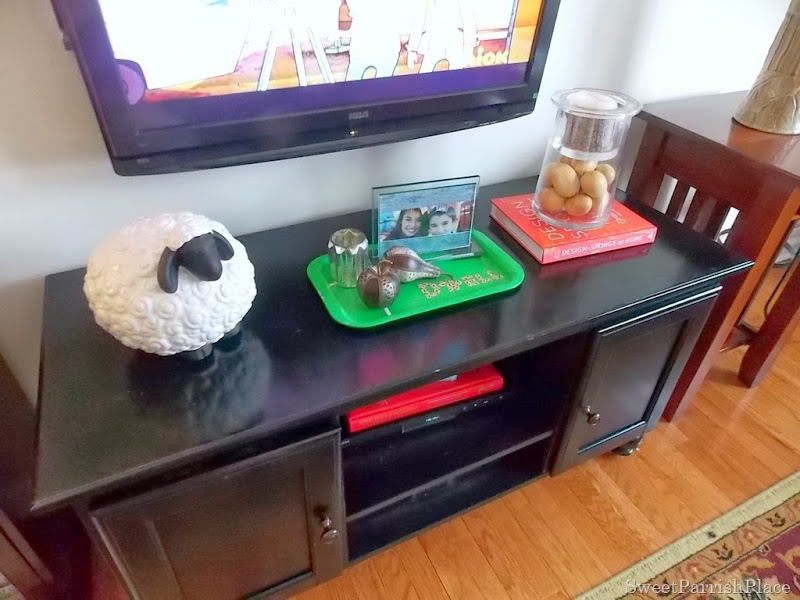 So there you have it!  A little green tray to provide a pop of color in my living room.  I am not sure how long it will stick around, but it gave me something to do during a winter storm, and it is kind of trashtastic.  As I type, I am sitting here off of work for another winter storm.  I believe this is our 6th day off due to the weather.  Today, I am going to clean out and organize the buffet in our dining room, and clean the kitchen.  Stay warm!Link Parties: